Thoughts on Financial Markets (and Other Stuff)

September marks the tenth anniversary of the bankruptcy of Lehman Brothers, the largest in U.S. history. The stock market plunged as the Dow Jones Industrial Average lost one-quarter of its value over the following four weeks. While our economy is currently on solid ground and our Investment Management Unit is mildly optimistic at this point, remember that a drop in stocks could happen at any time. Make sure you understand how your portfolio is allocated and your risk tolerance is appropriate. We all want to make as much money as we can, but we need to do so within a risk structure that we can tolerate.

September also brings back memories of the most horrific attack ever on American soil. Watching stories about Americans coming together after 9/11 – regardless of race, gender, political views, etc., made me proud again to belong to the greatest country in the world. It also made me sad to see the divisiveness that exists today in so many ways.

Based on the standard definition of a bull market – a 20% gain on a closing basis that followed a 20%+ decline – we are in the second longest bull market in history. The longest bull remains the 1987 to 2000 bull market, which gained 582%. In spite of its length, we believe this bull market continues to earn the benefit of the doubt, but investors should expect increasing volatility.

New Highs in the Market Tend to Be a Positive 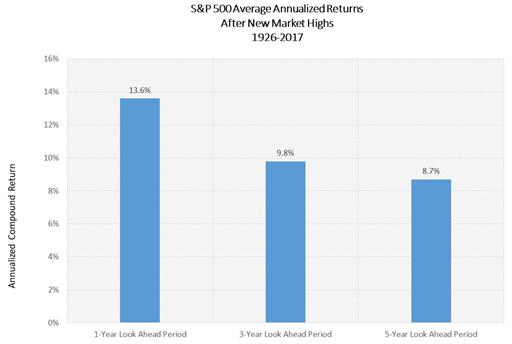 How to Plan for Social Security in Retirement

We get this question often (and for good reason). According to a recent survey, three-quarters of Americans are concerned that by the time they’re ready to retire, Social Security won’t be there for them. This is especially true for younger workers: 83% of Generation X and 80% of Millennials have this fear, compared to 65% of Baby Boomers. My two cents: If Millennials plan well, they won’t have to worry about Social Security. Remember that Social Security should not be counted on as your personal pension. Live within your means, pay yourself first, and let compounding returns do the work. Social Security will likely be around, but it will probably look different than it does today.

Always Have a Plan

As I always say, come up with a sound plan for your future financial security. We can help you discuss your goals, assess your portfolio, plan for what’s next, and implement your plan. Give us a call or shoot us an email. And only worry about what you can control.

Quote of the Day

“Obstacles don't have to stop you. If you run into a wall, don't turn around and give up. Figure out how to climb it, go through it, or work around it.” - Michael Jordan 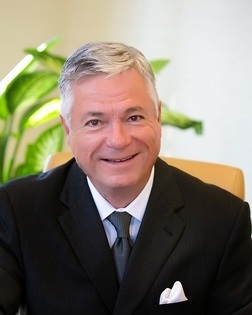 Stacey Wall serves as Chief Executive Officer at Pinnacle Trust. You can reach him by calling the office at 601-957-0323 or by emailing him at swall@pinntrust.com.