Last October, we published an article highlighting that we are officially in the late stages of the economic cycle. We emphasized that while we expected volatility to continue, we believe the volatility is normal given that late stage economies are generally tainted by central bank and government policy decisions - creating uncertainty in the markets.

Since that time, two significant things have happened. First, we got our warning shot. We felt the pain of what is to come if market fears (slowing global economy, unwinding of the Federal Reserve balance sheet and a potential U.S. vs China trade war) become a reality. The markets were nasty and relentless. From October 1st to December 24th of 2018, markets were punished over 18% due to these concerns.

Although we were certainly concerned, we also noted that the market lows were not the time to panic. In fact, given the fundamentals, we felt the correction was a bit overdone. We believed we had some room to run in the financial markets based on the following:

Valuations were slightly below historical averages; Yes, the market was finally cheap again!
Corporate earnings (and revenues) may be slowing, but they are still positive in 2019; Fair valuations and positive earnings growth are generally a good entry point for equity markets.
The U.S. economy will continue to benefit in 2019 from the Trump Corporate Tax reform.
Global growth has not stopped; Central Banks will continue to help if they get concerned.
The Federal Reserve will not increase rates at a speed that will derail the U.S. economy; as a result, interest rates will not get as high as most investors think.
The Trade war is important enough where a deal is going to get done.
What happened next? 2019 arrived and the world cheered as it witnessed dovish (low rates) comments from the Fed chairman and positive developments from the U.S. vs. China trade war. The result has been a 13% recovery in global financial markets during Q1:19.

We are now referring to the Q4:18 correction as the WARNING SHOT! We saw a glimpse of what can happen if the market turns. While we don’t project this scenario as our base case for 2019 or 2020, we recently took this opportunity to re-align our portfolios.

Equities: We have shifted international exposure from overweight back to neutral as fears of Brexit, European growth and China’s economy continue to linger. Globally and within the U.S., we have tilted equity allocations towards quality in order to manage volatility moving forward. Note that quality doesn’t necessarily favor value companies over growth companies, rather corporations (of all cap sizes) that have healthy cash flows and balance sheets.

Fixed Income: Since mid-2017, we have been significantly underweight in core bonds. Core bonds being defined as traditional government/municipal/corporate notes that are subject to high levels of interest rate volatility. In fact, during 2018, our bond portfolio reached a level of 50% money market. We recognize that we may be a little early, but with rates stabilizing, we are slowly shifting back into core bonds with the intent of earning the interest income and appreciating bond prices (since rates seem to have less of a runway to increase).

The current market is a perfect example of why we always recommend diversification and not acting on emotion. As always, we will continue to monitor. Thank you for your confidence. 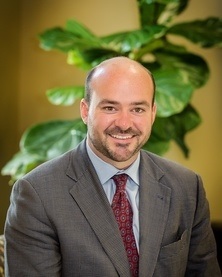